A Quick Look at Behringer Wing

Given the runaway success of Behringer's X32 digital mixers it's hardly surprising that they'd roll out the red carpet to introduce Wing, with a splashy announcement that capped off an extensive teaser campaign. Besides offering tremendous value at a once-unimaginable price point, X32 has in the years since its release achieved enviable 'gold standard' status among touring and live sound professionals for its reliability and robust feature set.

Now with Wing, Behringer has taken its X32 mixer technology with its proven Midas Pro preamps and built a seriously forward-thinking control surface around them replete with screens, motorized faders and customizable, touch-sensitive knobs. Don't let its striking physical appearance trick you into thinking Wing is all flash and no substance, either, as there's tremendous technology both old and new under the hood. 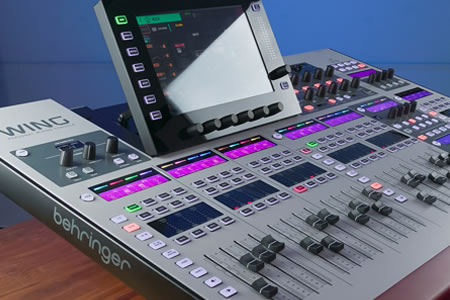 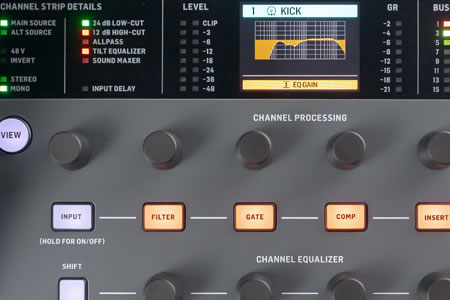 One of the most remarkable new technologies included with Wing comes from one of Behringer's sibling companies under the Music Tribe umbrella and is called Klark Teknik StageConnect. Many live sound engineers doubtless did a double-take when reading about StageConnect's ability to transmit 32 channels of 24-bit audio with control data and 18W of power over standard XLR cables. What sorcery is this?

It remains to be seen whether and when Behringer will introduce a StageConnect-based Wing ecosystem of remote racks and breakout boxes (and also whether they'll license the technology to third-party manufacturers), but after years of watching Cat 5 cables usurp distribution and extension duties in many modern mixer setups, a return to XLR has to be appealing at least in terms of familiarity, if not for reliability and sheer ubiquity.

Getting back to the control surface, Wing's impressive array of 24 motorized 100mm faders (each with its own dedicated scribble strip mini-screen) is arguably upstaged by the tilt-up main color display, which uses a capacitive touch screen like those in modern mobile devices rather than the less-reliable resistive touch screens still found in many mixers and music workstations. Neither the screens nor the touch-sensitivity end there, either, with six context-dependent soft encoders under the main screen also responding to touch to highlight related onscreen UI elements. A dedicated channel strip control section gets its own screen and touch-sensitive encoders, too. 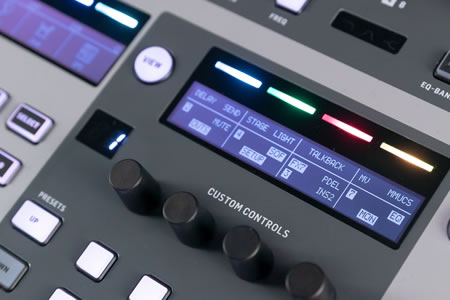 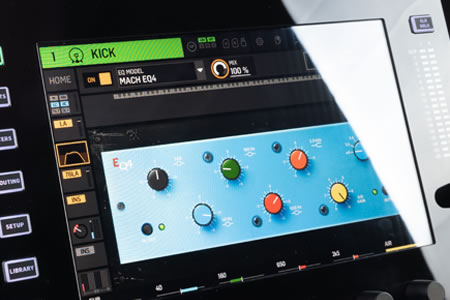 Under the hood, Wing embraces its digital nature with a wide variety of processing and channel strip plug-ins, many of which emulate famous EQ, dynamics and outboard effects hardware and each of which presents a VST-like touch-sensitive GUI using Wing's generous main display. Drop in a Pultec EQ here, a SPL Transient Designer over there and a few instances Empirical Labs Distressor on your live drum mic inputs, then process everything even further with algorithms from and based on famous effects by TC Electronic, Lexicon, Quantec and many more.

Wing uses a 'source' paradigm better abstracted from hardware than traditional 'inputs,' with each user-defined source carrying a wealth of configuration options and metadata, even including options for sifting and sorting sources by color and customizable tags. In case you find yourself configuring sources on the fly during soundcheck, Behringer makes it much easier to do it on stage using Wing's free companion Co-Pilot app for mobile devices.

Whether you're looking to use Wing's onboard I/O for recording in your project studio or to make Wing the centerpiece of a more complicated multi-input live sound system, there's no time like the present to immerse yourself in its new technologies and paradigms while we all wait to see what's next for a potential line of StageConnect support boxes. Here at Kraft Music we have bundles built around the Wing console itself, including a generous CABLE KIT with everything you need to get it connected as well as a CASE RIG that includes a tailor-made road case just for Wing.