For a company that built its name and reputation on software instruments and some companion controllers, Arturia sure hit the ground running when it decided to get into producing analog hardware instruments. The instruments themselves have been successful on the merits of their individual feature sets and price/performance ratios, but not to be underestimated is Arturia's long-term design planning and the way its analog product lines have evolved over time.

We're thinking (and writing) about these admittedly esoteric, overarching 'product roadmap' concerns because in much the same way it did when it introduced MicroBrute two years on from MiniBrute, Arturia has with the introduction of DrumBrute Impact once again pulled off a decidedly delicate balancing act with great aplomb, announcing a new, less expensive variant of a successful product and adding new features without making the older, more expensive model seem obsolete or overpriced. 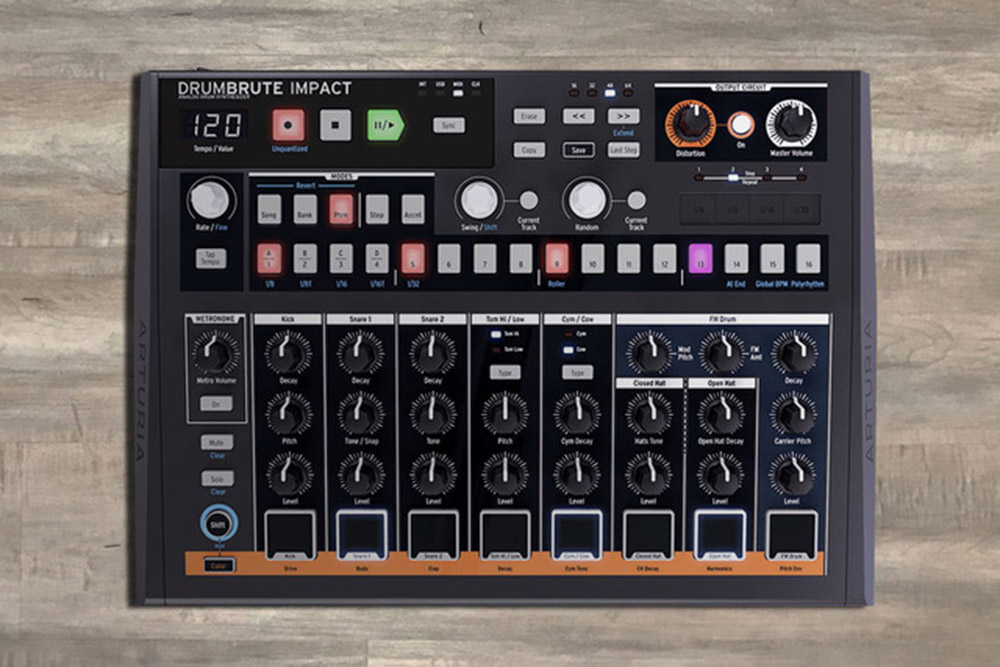 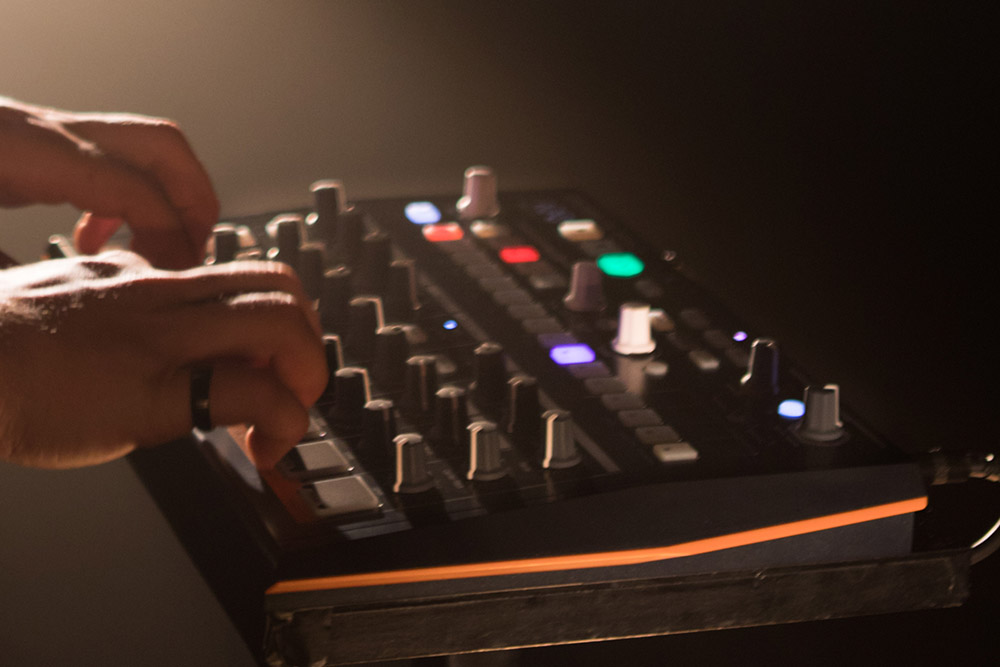 As you may recall, MicroBrute ditched MiniBrute's arpeggiator for a step sequencer and also added a small patch bay, and yet these modest but useful updates didn't disturb the value proposition of MiniBrute; indeed, we had more than a few customers who already owned MiniBrute and bought MicroBrute anyway, not as a replacement but as a companion. Even today, both models live happily side by side in Arturia's product lineup (and have even welcomed a larger sibling called MatrixBrute).

Now we see history repeating itself, as roughly two years on from the introduction of DrumBrute, Arturia's first analog drum machine, we now have DrumBrute Impact, a new, less expensive variant with thoughtful tweaks and additions that magically manage to avoid upsetting the perceived value of the older model.

Arguably the most notable changes on DrumBrute Impact vs the original DrumBrute are the inclusion of a new FM drum voice and the swapping out of the 'Brute-standard Steiner-Parker filter for a new distortion circuit on the output bus. While all the other drum voices are holdovers from the original DrumBrute, FM drum is an entirely new analog percussion circuit with parameters for carrier pitch, mod pitch, frequency modulation amount and decay. The distortion circuit, meanwhile, is specially tuned for drum sounds and adds grit while preserving transients.

Another interesting addition is the Color parameter, which can be toggled on or off for every voice except the cowbell. Activating Color will have different effects on different sounds: on the Kick it adds some drive, while on one of the two Snares it affects how much of a clap flavor you hear in the snare. On the Toms it simply adds decay, while on the FM Drum it adds a pitch envelope.

As far as changes to the voicing and analog circuitry of the sounds carried over from the old DrumBrute, Arturia only says that special emphasis was placed on how well this batch of sounds hangs together as a kit, but on the evidence of a raft of videos published contemporaneously with the announcement by a well-coordinated army of YouTube 'influencers' it seems that some tweaks have been made, with the Kick a particular beneficiary. Here again, while better or worse may be in the ear of the beholder, DrumBrute Impact is definitely different enough from its larger sibling to stand on its own.

The original DrumBrute included 12 individual ⅛" outputs for each of its drum voices, and while cost and physical size considerations may have precluded a similarly generous output section on DrumBrute Impact, Arturia has thoughtfully narrowed things down to four bus-style individual outputs, with one reserved for the Kick, one shared by the two Snares, another shared by the open/closed hi-hats and one for the FM Drum. As was the case with the original, plugging a cable into any of the individual outputs removes those sounds from the main mix bus, allowing you both to single out sounds for post-processing and to omit certain sounds from DrumBrute Impact's own internal processing, i.e., the output distortion.

We've covered the big changes and additions here, but head over to our product pages to get the full details and we think you'll agree that DrumBrute Impact is, in spite of its smaller size and lower price, much more than merely a 'scaled-down DrumBrute.' While its inherent appeal and affordable price will undoubtedly win over new customers, we won't be at all surprised given Arturia's product design prowess to see current DrumBrute owners and enthusiasts adding DrumBrute Impact to their rigs for use alongside the original model. It's got a flavor all its own!

Explore Our DrumBrute Bundles
PRODUCTS MENTIONED IN THIS ARTICLE