Founded by renowned engineer Rupert Neve in the mid 1980s, Focusrite has a history of designing and manufacturing microphone preamps, signal processing equipment, and audio recording interfaces of the highest order.

The Scarlett series represents Focusrite's commitment to bringing decades of experience in professional audio equipment to a format that is accessible to home and project studios. The first Scarlett interfaces brought an unprecedented level of quality and value, and the Scarlett series quickly became some of the best-selling audio interfaces in the world. Some significant improvements were made a few years ago when Focusrite updated the Scarlett series to "2nd Gen" versions. Now, with the release of the third generation of Scarlett, Focusrite has continued in their ongoing efforts to improve upon an already outstanding design.

These "3rd Gen" interfaces are simply the best Scarletts ever produced, with improved microphone preamps including Focusrite's unique "Air" mode for additional color and character. Other updates include fixed-line inputs and improvements to the analog to digital converters.

The Scarlett range includes six audio interfaces which cover the vast majority of home and studio production needs. Whether your focus is on capturing electronic instruments and synths, recording or podcasting with a single vocal microphone, or tracking multiple musicians simultaneously, there is a Scarlett with the inputs and outputs you need. 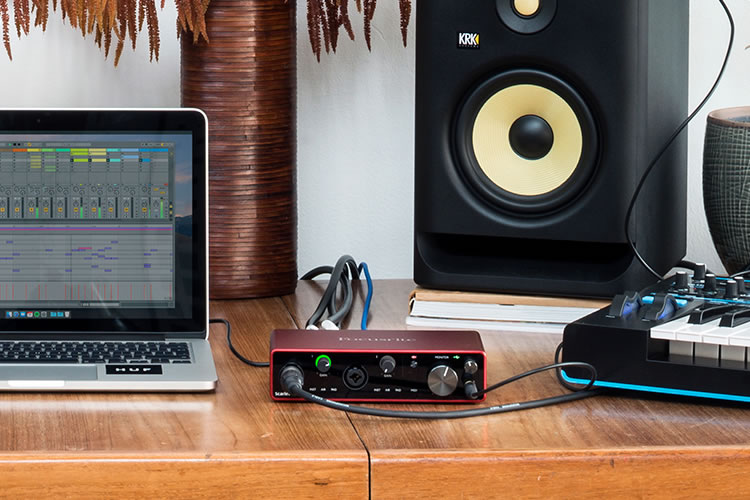 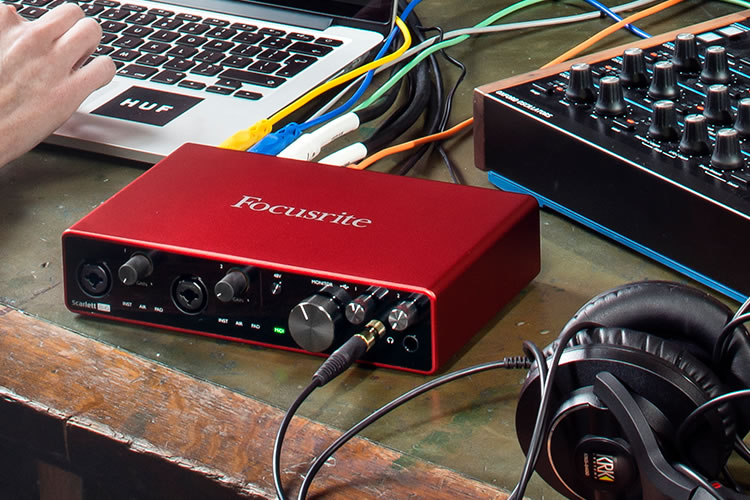 The first member of the family is the Scarlett Solo, which is the most affordable entry point into the Scarlett range. The Solo provides a single Focusrite mic pre as well as a mono line or instrument input. Built-in direct monitoring allows for latency-free tracking and overdubbing.

The Solo is also available in a "Studio" package which adds a large-diaphragm condenser microphone, mic cable, and studio headphones. This is a great way to get a head start on a project studio, and Kraft Music can set you up with any additional items you'll need, like a pop filter, mic stand, and additional cables.

The Scarlett 2i2 is the best-selling audio interface in the world, with two front panel microphone preamps that also double as line/instrument inputs and 1/4" line outputs on the rear panel for connecting to studio monitors. The 2i2 is a great choice for many recording applications and is also available in the previously-mentioned "Studio" version with mic and phones.

The Scarlett 4i4 and 8i6 are great mid-sized interfaces for recording artists who need a little extra flexibility on the input side. These interfaces replace the Scarlett 2nd Gen 2i4 and 6i6, respectively. The 4i4 provides the same pair of mic/line combo jacks on the front, but also has two dedicated line inputs on the back panel… perfect for keeping a keyboard or synthesizer connected to the interface. The 8i6 provides four dedicated line inputs, which is ideal for studios with a more extensive collection of synths, drum machines, or keyboards. There is also a S/PDIF digital input provided on the 8i6 which allows for an additional input device. We highly recommend the Focusrite ISA One with S/PDIF output; this would allow a project studio to add a single ISA-quality preamp without having to switch out the entire audio interface. 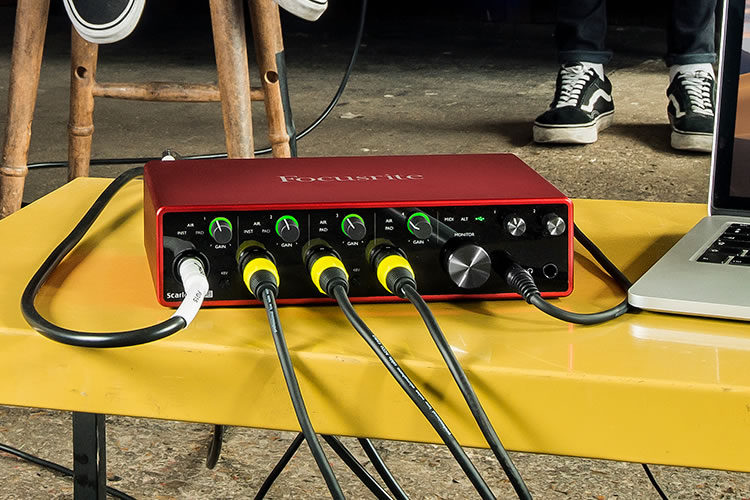 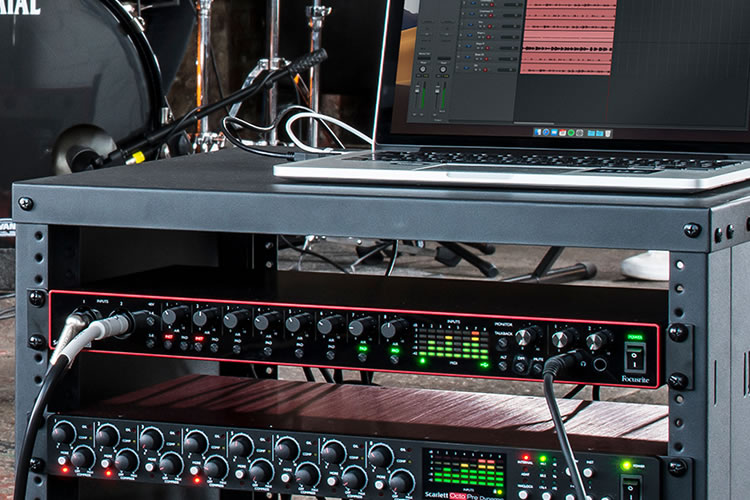 The Scarlett 18i8 and 18i20 are designed for tracking multiple simultaneous sources, like a group of musicians or a drum kit. These larger interfaces provide four or eight on-board preamps and dedicated line inputs, as well as S/PDIF digital input for future expansion. Even more expansion is available via the ADAT digital optical input, which can support an additional eight channel external mic preamp. The 18i8 and 18i20 are interfaces with a good number of inputs out of the box, but they can also grow with you as your needs change and would allow you to, for example, track an entire live band or record the output of multiple analog synths at the same time.

Focusrite has taken the best-selling series of audio interfaces and made some great improvements with the 3rd Gen Scarlett family. Our Sales Advisors can help you select a Scarlett interface that will suit your current and future recording needs.