High on the list of modern phenomena we sometimes take for granted is the notion of the consumer product that gains markedly improved/expanded functionality over time, where the product is least capable and complete on the day we buy it and only improves during its useful life via a steady diet of software updates.

Computers in all their shapes and sizes are the most obvious beneficiaries: desktops, laptops and servers receive routine operating system and application updates for as long as their hardware specs are compatible with same. Part of assessing the value of a potential new mobile device purchase is considering the manufacturer's reputation for support and updates. Games consoles, home security systems, even your new smart refrigerator might receive automatic, invisible updates via persistent network connections that increase stability and enhance functionality.

There are even examples of pre-internet vintage instruments where flaws discovered after design and manufacture are corrected via EEPROM replacements. I once watched a skilled instrument repair technician open up a 1983 Roland TR-909 and swap out a small chip to improve its MIDI sync capabilities, and there's a whole cottage industry dedicated to such model-specific hardware fixes and enhancements. These cost money, though, both for the replacement parts themselves and the skilled labor often required to install them.

And even with the pervasiveness of USB connections, it's hardly assumed or taken for granted that a manufacturer will deliver timely bug fixes, let alone meaningful new functionality. There can be a downside to these ubiquitous modern update mechanisms, too, with some electronic instrument manufacturers adopting the worst 'ship now, fix later' and 'customers as beta testers' tendencies of software developers. 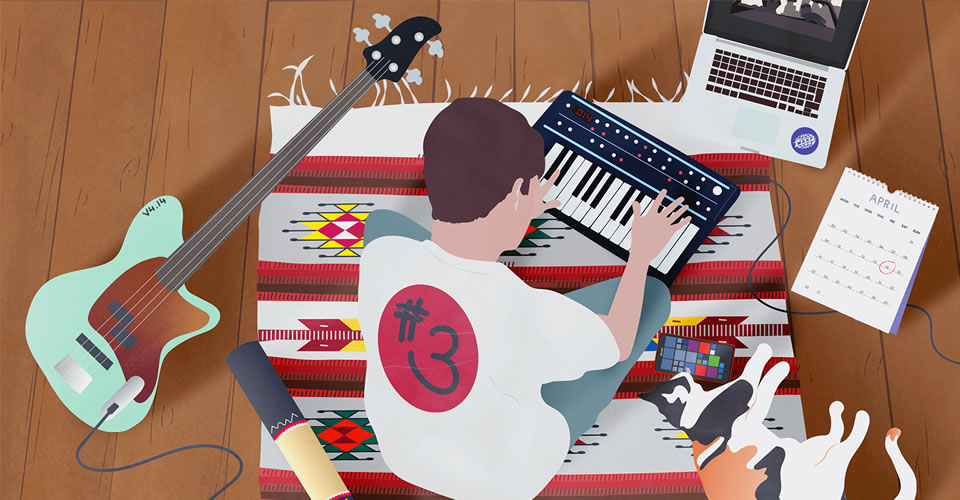 In this thoroughly modern and ever-changing environment of connected, malleable devices, few if any companies have done a better job than Novation of thoughtfully navigating and adopting new technologies and practices to consistently deliver useful new capabilities to their instruments, sometimes 'out of the blue' as a pleasant surprise but often at the specific behest of their most enthusiastic users. Let's take a look at their recent track record.

When Bass Station II was announced and released back in 2013, it happened amidst a veritable glut of new, affordable 25-key analog monosynths. Even so, Bass Station II managed to distinguish itself as a price/performance powerhouse against stiff competition from the likes of Arturia MiniBrute, Moog Sub Phatty, Korg MS-20 Mini, et al. With its closest competitors priced comparably or in some cases even higher, nobody had any reason to question Bass Station II's value relative to its sell price. This was reflected in its strong and steady sales, which only improved when the price was reduced after the hardware/manufacturing hit some presumed economy of scale. 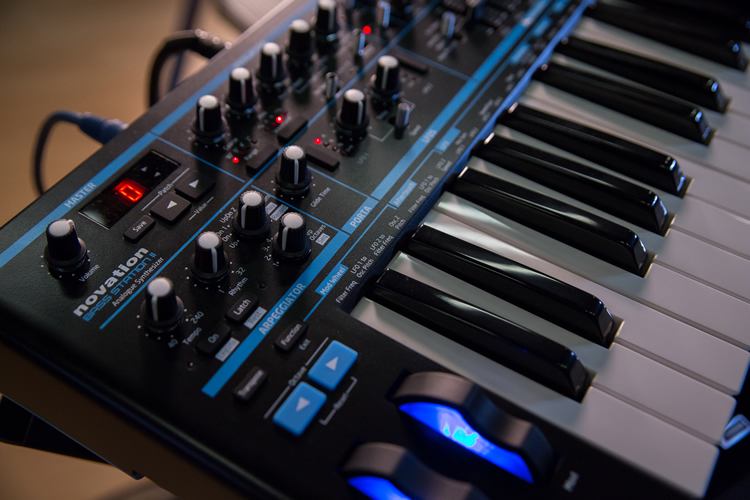 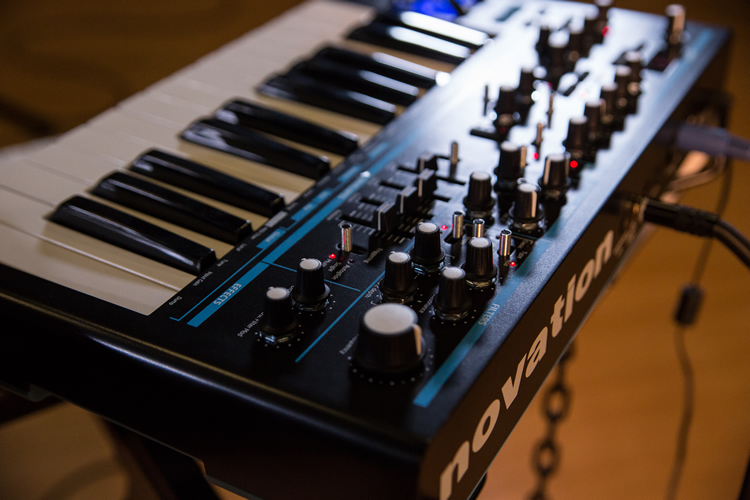 Who could have predicted back then that six years on in 2019 this already amazing instrument would receive a free, mind-blowing update like v4.14 with its RDJ-inspired 'AFX mode,' where you can assign variations on a patch or even entirely unique patches to each key on its keyboard? This incredible new feature comes alongside less dazzling but arguably just as useful v4.14 improvements like separate per-oscillator glide rates, fixed-sustain envelopes and sub-oscillator detuning and comes after last year's even meatier v2.5 update, which introduced paraphonic playing, filter tracking, looping envelopes, oscillator slop and support for alternate tuning scales.

Repurposing their venerable SuperNova/UltraNova/MiniNova virtual analog synth engine was a hugely canny opening gambit in the design of Novation's Circuit grid-based groovebox, exposing the depth and quality of that engine to a new interface paradigm and, in doing so, to a whole new segment of performing and studio musicians, many of them fans and users of Novation's Launch family of grid controllers. Much like Bass Station II, Circuit had strong appeal and a strong value proposition at release, which only improved over time as more and more features were added.

While several modern Novation instruments have added features specifically requested by their respective user communities, Circuit is the exemplar in this regard, with highly vocal and enthusiastic users suggesting meaningful improvements both large and small and Novation's designers responding in kind. Topping the list of implemented suggestions is sample import, which came in the v1.2 update alongside deeper editing of the 'Nova engine synth parameters and finer control over various aspects of the Circuit UI. 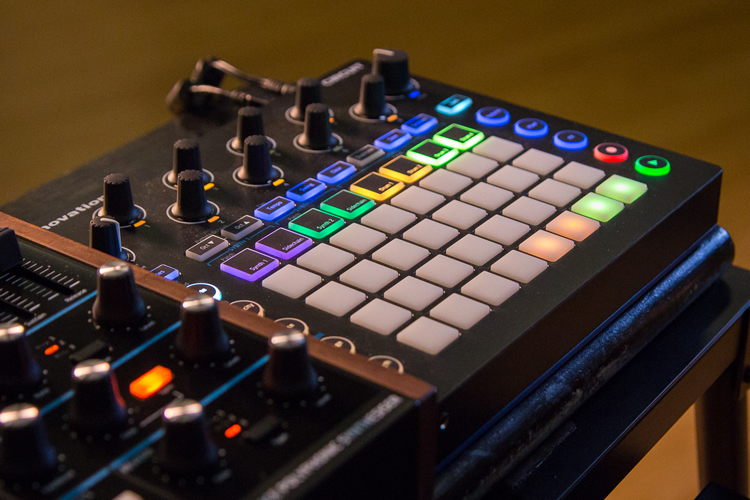 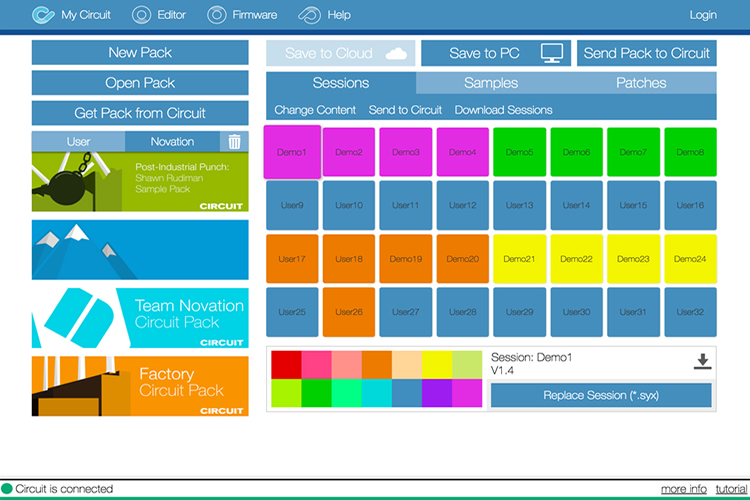 Circuit v1.2 also saw the initial release of Components, initially a Circuit-specific update/editor/librarian program that's since seen its purview extended to other Novation synths. Components leverages the WebMIDI API built into Chrome and Opera web browsers to simplify the development and maintenance of the update/editor/librarian mechanisms themselves as well as the GUIs that drive them and is another example of the Novation team's forward-thinking willingness to embrace new technologies. After all, less time spent developing and testing macOS/Windows platform-specific executables can only mean more time spent developing the useful functions Components provides to its companion synthesizers, as well as more time developing new features for the synths themselves.

While v1.2 was something of a banner release with the twin introductions of Components and sample import, Circuit development certainly didn't stop there, and in the years since, Novation has continued to cram it full of features and enhancements like 'sample flip,' polyrhythms, unquantized recording, sample preview, velocity per note... the list goes on. It's hard to think of another modern electronic instrument that has seen such a steady stream of free improvements; Circuit is practically a whole new instrument compared to what it could do when first announced.

Last but not least there's Peak, Novation's polyphonic powerhouse with its ultra-modern FPGA-based New Oxford Oscillators, which are then passed through and processed by analog filters and analog distortion circuits. While occupying a higher price bracket than the other synths under discussion here, Peak nevertheless represents a great value with its expansive, knobby interface and, more importantly, its incredible sound. Here again, though, Novation didn't rest on its laurels and late last year introduced Peak v1.2, which added 43 new wavetables to the initial selection of 17, added two freely-assignable LFOs, added a hold stage to its envelopes and exposed the effects engine to Peak's powerful modulation matrix. 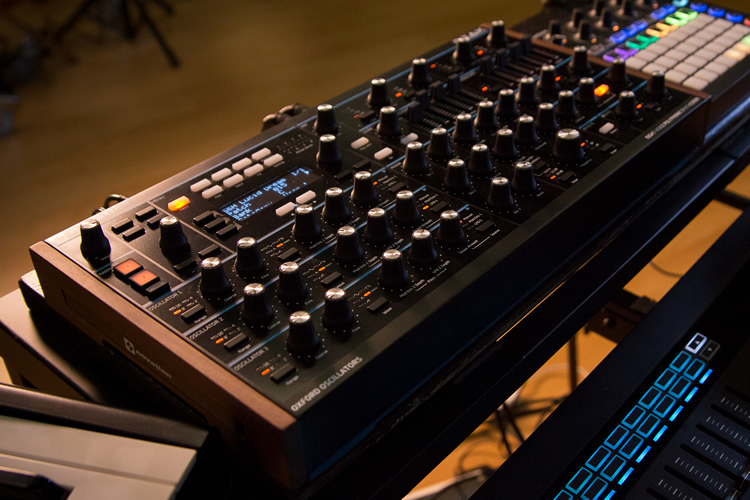 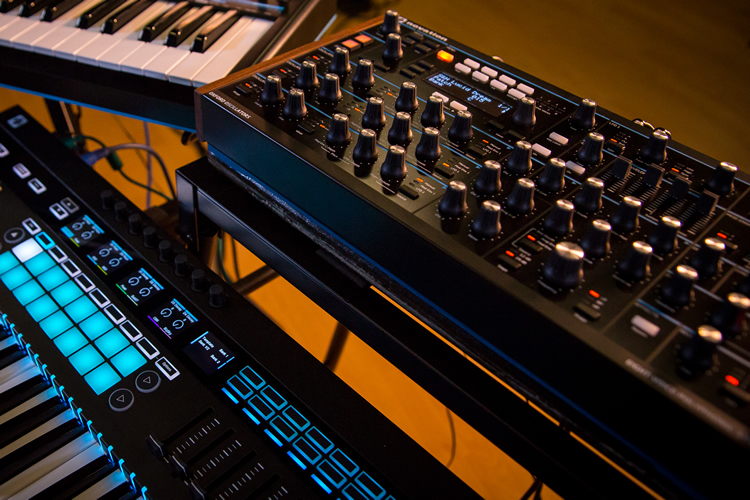 In examining the myriad improvements delivered after release to these three synths, it's hard not to speculate further about certain really smart decisions Novation must have made in the initial design and hardware spec for each such that there's 'room' for their particular brand of ongoing development and support. I don't pretend at being a hardware designer and can't begin to imagine the difficult decisions and price/performance trade-offs those folks must make in the design of these instruments, but having heard other manufacturers lament about how there's just not 'room' to implement promised and/or user-requested features in similar products it seems self-evident that Novation's designers must be making better choices than most in the budgeting of their synths' BOMs and resultant storage and processing power overheads, intentionally leaving themselves 'room' to deliver such amazing updates even if they don't know what those updates will be.

There's no question that Novation's dedication to improving and extending their products is providing a measurable halo effect to their entire brand. Perhaps the best evidence of this is the fact that the observations and opinions I'm making and offering here are hardly original: one only need peruse comment threads under the multitudinous articles and videos that announce and demonstrate these updates to see many of Novation's customers and potential customers coming to the same conclusions. I mentioned earlier how some manufacturers have sadly fallen into a 'ship now, fix later' update cadence and this is often reflected in a contentious or adversarial relationship with their user communities. Similarly, there's no shortage of companies beset with short-term thinking who will burn brand equity by abandoning a faulty or less-than-complete product to offer you a 'version two' instead.

Novation, conversely, seems unafflicted by these handicaps, while their users, far from being entitled by or demanding of such stellar support, seem instead genuinely appreciative not only of the improvements being provided but of the mutually beneficial open dialog they enjoy with Novation's design team. Whatever they come up with next, you can bet it'll be welcomed with open arms and supported well into the future. I can't wait to see what it is!

PRODUCTS MENTIONED IN THIS ARTICLE