A powerful and versatile tool to add to any collection

I've wanted to add a Les Paul to my collection for as long as I can remember. As a “function before fashion” kind of guy (more of a player than a collector), I’m not keen on spending money on a guitar that I’d be afraid to take out of my home. And although I am occasionally stricken by an acute case of CGPD (Compulsive Guitar Purchasing Disorder), I look at it as if I’m simply adding another tool to my toolbox. With that in mind, I’ve added a new “tool" recently that has effectively scratched my Les Paul itch, and has far exceeded my expectations: the Yamaha Revstar RS620.

A quick overview of the Revstar series: while there are a few key differences, the Revstar guitars are loosely based on the Les Paul: 24.75” scale, mahogany body & neck, dual humbucker (or P90) pickups, etc., but the dual-cutaway body is similar to Yamaha’s own SG series of guitars that gained popularity in the early 70s. There are eight models in the series, all with the same basic design (ranging in price from $400 up to $1700), so there’s a model available to fit virtually any budget or skill level. The cosmetic appointments were inspired by Yamaha's café racer style motorbikes of the 1960s. The color-schemes, brushed-wool finish, hardware, and scratch-plates are all reminiscent of those classic street bikes. A very unique concept, and it’s resulted in some of the coolest-looking guitars on the market today.

Not knowing quite what to expect, I bought the RS620 (sight unseen) because it met my “minimum system requirements” for that type of guitar (alnico pickups, wrap-around tailpiece, mahogany neck, etc.). The first time I held it in my lap, it was like putting on an old pair of shoes - familiar, comfortable, and fitting. It normally takes a little time for me to acclimate to a new guitar, but the connection I felt with the RS620 was immediate. 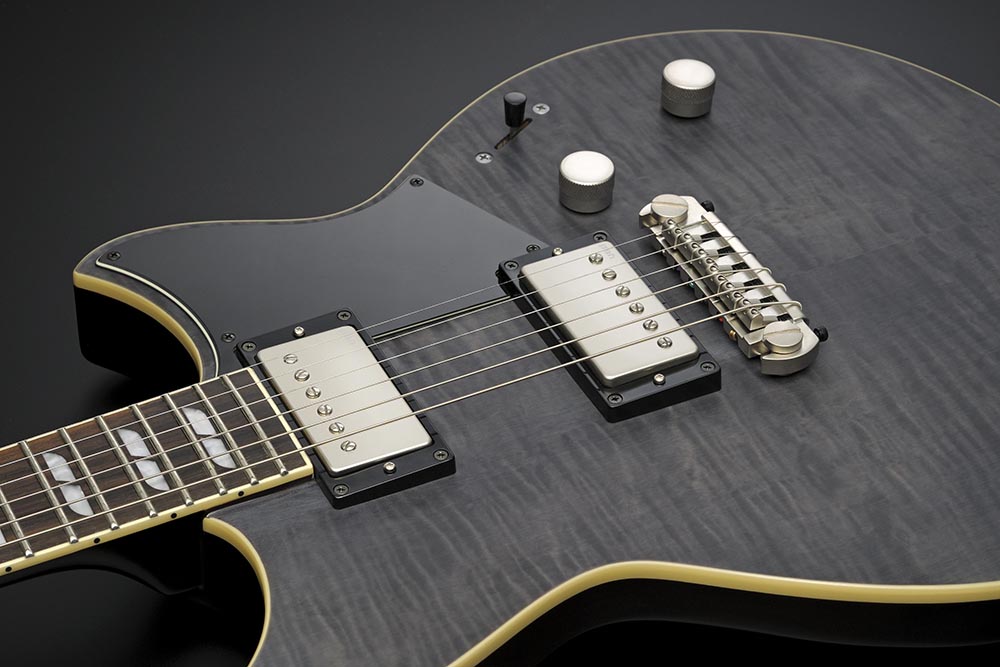 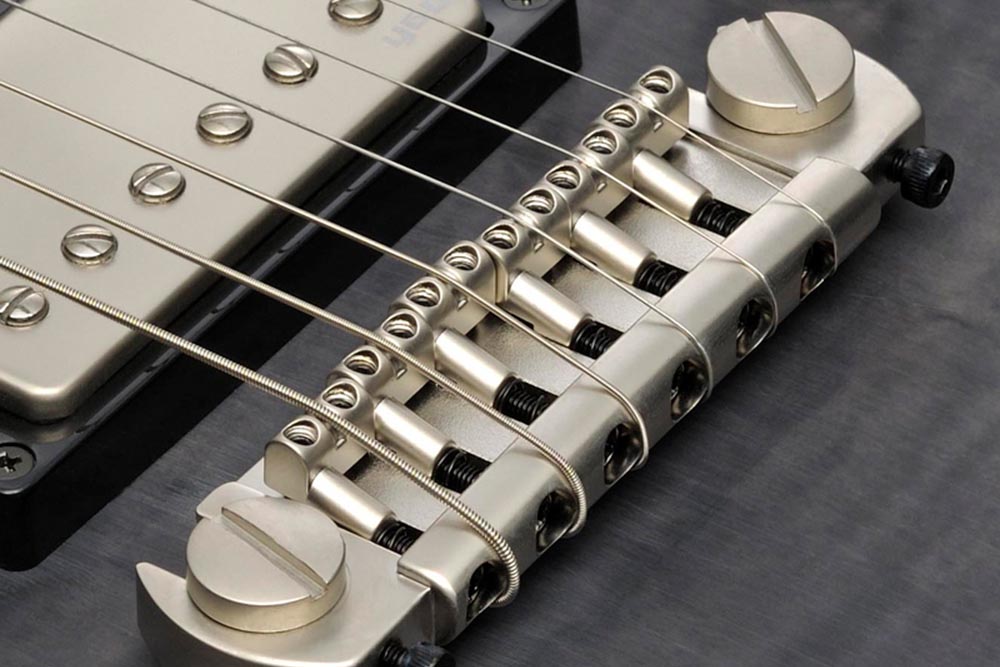 The body has a similar size and shape to that of a Les Paul, but with a more ergonomic design - perfectly balanced, and with contours in all the right places. The neck-joint is also contoured, allowing easy access to the upper frets. The headstock is a big improvement over the “traditional” design - the break angle of the strings beyond the nut is minimal, which allows the guitar to hold its tune.

The dual alnico humbuckers really hit the spot; they have a vintage vibe to them (think late 50s-era LP), a perfect fit for rock, blues, jazz, etc. And there’s also a pull/push tone pot which activates the “Dry Switch.” Rather than a traditional coil-split, the Dry Switch is actually a low-pass filter. When this is engaged, it produces a tone similar to a single-coil but without the hum and decreased volume. This comes in handy for country, funk, or any situation that calls for a bit of top-end “spank.”

Above all, the feel and playability are what make me crave the instrument. The neck is a bit chunky, but not uncomfortably so… it’s just the right amount of chunk. The fretboard radius is just a bit flatter than a traditional LP; and with the jumbo frets, this is one of the smoothest-playing guitars I’ve ever played. Note-bending has never been easier. And here’s the kicker: I haven’t made ONE single adjustment to the guitar since buying it. For me, that’s a first - I’ve never had a new guitar that didn’t need some kind of tweaking, but the RS620 was set up perfectly by the good folks at Yamaha. All the way up & down the neck, the intonation is absolutely spot-on. The guitar comes installed with Elixir Nanoweb strings, which still have plenty of life after about 10 gigs. I tried & tried to find something wrong with it, but the only adjustments I’ve made since owning this guitar is tuning the strings (no exaggeration). To me, that’s beyond impressive - that’s simply amazing.

If you’re a guitarist looking for something that’s a bit unique yet rooted in tradition, do yourself a favor and check out a Yamaha Revstar. You won’t be disappointed.