View gallery for images of this exact instrument

With recording credits stretching across five decades, Brent Mason is one of the most prolific session guitarists of all time, featured on well over 1,000 albums including hits by Alan Jackson, Brooks & Dunn, George Jones, Dolly Parton, Blake Shelton, Shania Twain and many more. He's also been inducted into the Musicians Hall of Fame, won a Grammy, earned twelve Guitarist of the Year awards from the Academy of Country Music, is a two-time winner of the CMA Award Musician of the Year Award and was named one of the top ten session guitarists of all time by Guitar World magazine.

Fender Stories Collection Brent Mason Telecaster recreates the prized Tele he discovered in a Nashville guitar shop in the early 80s: a '67 model that had been stripped of its original finish and re-sprayed in gray auto primer. Brent outfitted it with new pickups and controls as well as a bender system, transforming it into a versatile all-in-one session guitar. 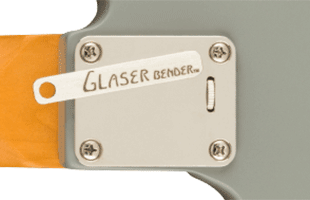 Glaser Bender system
The ultimate Tele upgrade, the built-in Glaser Bender mechanism raises the pitch of the B string to capture the country twang of a pedal steel. The mechanism is activated by pushing down on the strap. 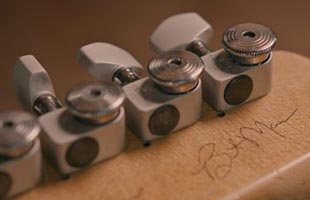 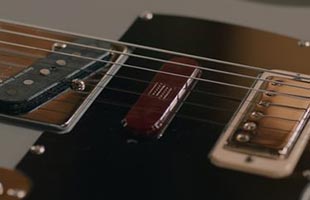 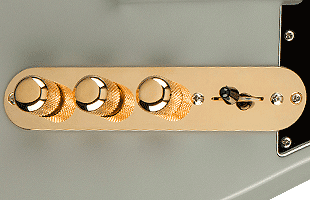 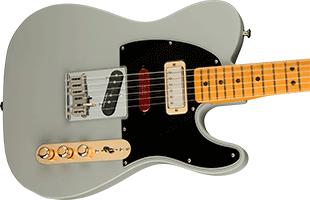 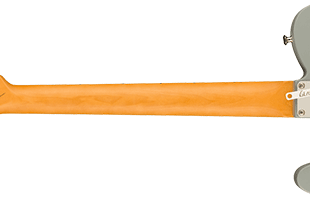 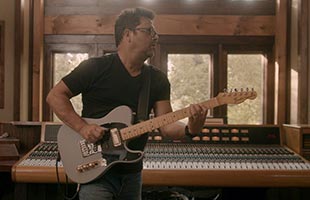 A three-pickup country classic
Few players have a sound and style so revered that even their guitar mods are famous, but such is the case with Nashville session king Brent Mason, whose personalized '67 Fender Telecaster, equipped with three pickups, a third control knob and specialized wiring, is the stuff of legend – so much so that his distinctive alterations have become known amongst fans as the 'Brent Mason mod.' 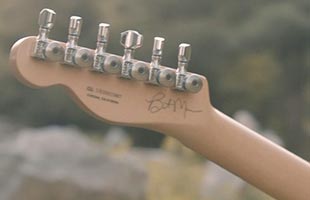 Now his beloved custom model has been reborn as Brent Mason Telecaster. This new guitar recreates the prized instrument Mason discovered in a Nashville guitar shop in the early 80s, and per Mason's specifications it features a unique (and very un-Tele-like) Seymour Duncan pickup trio: a Vintage Stack Tele STK-T3B in the bridge position, a Hot Stack Strat STK-S2 in the middle position and a Vintage Mini HB in the neck position. Controls consist of a distinct three-knob layout including master volume, master tone (with push/pull for middle pickup activation) and middle pickup volume, plus a three-position blade switch. True to Mason's modded original, his signature Tele also sports a Glaser Bender system for easy access to those elusive pedal steel-like tones. 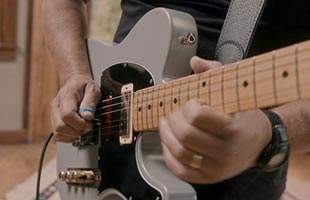 But Mason isn't known just for his distinctive instruments. Regarded as one of the most recorded guitarists in history, he's a first-call Nashville session man who has appeared on more than 1,000 recordings by artists like Alan Jackson, Brooks & Dunn, George Jones, Dolly Parton, Blake Shelton, Shania Twain and many others, not to mention countless TV commercials, film soundtracks and television scores. Over the course of his more than 35-year career, he's also achieved success as a producer and solo artist (check out his fret-burning 1997 instrumental album Hot Wired), been inducted into the Musicians Hall of Fame, earned 12 Guitarist of the Year awards and won a Grammy. 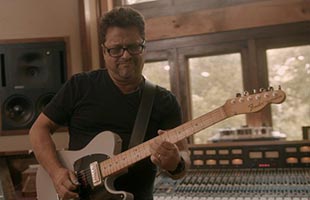 Needless to say, Mason is a high-demand player across a wide range of genres. 'I am a session dog,' he says. 'You call me, I'll be there.' So when it comes to his instrument, Mason needs to be able to cover a lot of styles with one guitar. 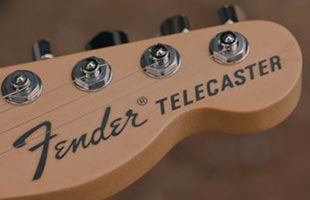 The definitive country Tele
The uniquely-outfitted Stories Collection Brent Mason Telecaster achieves this goal and more. 'It really inspired me,' he says. 'I can switch gears in the middle of a song and go into some other style or flip to the front pickup and do something a little more mellow or jazzy. It gives me versatility that I don't have with just a regular guitar.' 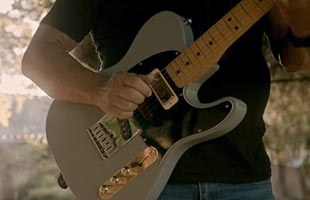 In addition to expanded options and features, Brent Mason Tele boasts an ash body finished in a striking Primer Grey – a nod to Mason's original, which had been stripped of its factory color and refinished using auto primer – and complemented by a maple neck and fingerboard, black pickguard and chrome/gold-plated hardware. 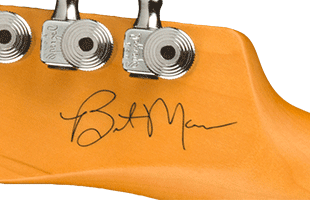 The result is an instrument that, according to Mason, has been a long time coming. For fans who have long studied and sought out his particular Tele modifications, Mason says 'it's all right here for everybody that wants to play the stuff like I played, and also their own stuff. I think people are going to find it real satisfying.'

Fender warrants this Fender or Squier electric guitar or bass to be free from defects in materials and workmanship for two (2) years from the date of original purchase, subject to limitations set forth herein ('Limited Warranty'). This Limited Warranty applies only to the original retail purchaser when this instrument is purchased from an Authorized Fender Dealer and is subject to the limitations set forth herein.

Please retain your original sales receipt, as it is your proof of purchase validating this limited warranty.