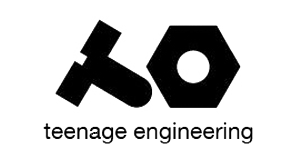 Applying for Financing is Quick and Easy!

No interest if paid in full within 12 months*

On purchases of $299 or more made with your Synchrony credit card. All Yamaha products require a $499 minimum purchase amount. Interest will be charged to your account from the purchase date if the promotional purchase is not paid in full within 12 Months. Minimum monthly payments required.

Skip to the beginning of the images gallery
Overview

Teenage Engineering OP-Z is about a lot more than just composing music. The 'Z' stands for the third dimension, the depth, the creativity involved in making music. Imagine animated art and videos that accompany your live show, or sequenced lighting, all the way down to composing your own interactive software. Some people would call a device like this a dream machine; Teenage Engineering calls it OP-Z.

Compose with components
Centered around an advanced 16-track sequencer where all tracks run independently, OP-Z makes individual track speed and track length possible. In addition to this, it's possible to add unique step behaviors to every one of the 16 steps, a feature called 'step components.' Think of this as dual-layer sequencing, where the first layer is a traditional 16 step sequencer while the second layer adds variation per cycle, note variation, micro sequencing, direction, parameter changes, re-trigs and much more, all on just one single step.

In theory, it's possible to create a complete song by programming only the 1st step of the 16, using multiple step components to create endless variations, a technique recommended for experts and engineers only. Seriously, in some situations it's actually almost impossible to predict the complete length of a sequence, so Teenage Engineering created a special component for those situations named 'catch up' that forces a track to exit at a certain step to stay in sync. In total, there are 14 components sorted into 3 groups: triggers, note variations and specials.

All 14 components have 10 values and behavior programs. The product of all this is that you have 140 ways to alter just one single step, probably more than most people can handle! And to make step composing really intuitive and super fast, all keys are backlit with multi-color LEDs with instant machine feedback, a must-have for poorly lit club gigs and late-night-in-bed composing. Even the print on the unit itself is made with a special glow-in-the dark-paint, a pretty cool 'world's first' for synthesizers.

Bring your own screen
OP-Z is a completely standalone synthesizer and composer, ready to to be used at any time and any place, but for those of you who need that extra injection of vibrant graphics, interactive user interface and awesome synced animations to feel inspired, Teenage Engineering introduces the concept of 'BYOS' or bring your own screen. You already have the phone with that gorgeous retina display in your pocket, right?

Just download the OP-Z app, pair the two devices and you're all set. Add cellular connectivity, wi-fi and powerful graphics processing to that and the concept certainly makes sense. All this tech when connected to OP-Z adds several unique features, like using the phone's camera, snapping a series of photos and arranging them to a beat, creating a synchronized music video on the fly.

OP-Z supports DropBox on iOS as well, so transfer of your custom artwork on to your iOS device will be instant and without cables, to eliminate any latency between image and sound.

Full Unity 3D integration
Teenage Engineering worked closely with Keijiro Takahashi and the Unity Tokyo Studio to fully integrate OP-Z with the Unity game engine. As Keijiro-san is both a full-time software evangelist at Unity and a renowned VJ at night, Teenage Engineering had access to a selection of Keijiro-san's personally developed tools and shaders, which deliver stunning 3D graphics that run at full speed on iPhone or iPad. Keijiro-san's tool set and real life experience in performances with motion graphics have been invaluable in making OP-Z an inspiring live tool for moving images in sync with music.

The weakest point of VJing has always been the creation of content. By exposing the inner control data of OP-Z and linking it to Unity, users can create anything within Unity, build the project and just drop the build to a DropBox folder, customizing every single polygon in a performance.

If it doesn't have tape, it's no OP
The new tape feature is probably one of the coolest sonic features of OP-Z. Imagine a short snippet of tape secretly recording everything that is programmed in the sequencer, all in real time. With its own dedicated track, it's possible to sequence the tape, trigger the in-point, length and speed. OP-Z will come with a range of tape reels with unique character and functions. Scrub, scratch, wind-up and mess-up!

More to come
OP-Z has an expansion slot for modules that will add a range of hardware upgrades, each with its own unique functionality.

This warranty does not cover (a) damage from physical abuse such as dropping the unit or impact from hard objects; (b) physically damaged connectors; (c) broken keys or physical damage to the keyboard mechanism; (d) damage, deterioration or malfunction resulting from accident, negligence, misuse, abuse, improper installation or operation or failure to follow instructions according to the owner's manual for this product; (e) any shipment of the product (claims must be presented to the carrier); (f) repair or attempted repair by anyone other than or approved by Teenage Engineering; (g) any unit which has been altered or on which the serial number has been defaced, modified or removed; (h) normal wear and any periodic maintenance; (i) damage due to inappropriate storage; (j) deterioration due to perspiration, corrosive atmosphere or other external causes such as extremes in temperature or humidity; (k) damages attributable to power line surge or related electrical abnormalities (including phantom power, wrong voltage, etc); (l) damage due to connecting other than certified USB charger/equipment to the USB port; (m) damage due to liquid contamination and / or battery leakage; (n) RFI/EMI (interference/noise) caused by improper grounding or the improper use of either certified or uncertified equipment, if applicable; (o) damage resulting from any use other than that it was intended for; (p) product purchased as ex-demo, refurbished stock or second hand.

All transit times are based in business days. Please allow 7-10 business days for most freight shipments. Business days are Monday through Friday and do not include public holidays and weekends (Saturday/Sunday.) For questions regarding estimates to your specific location, please contact us at [email protected] or 800-783-3368.
LEARN MORE